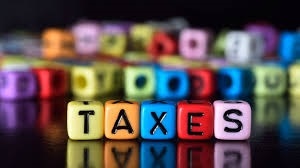 Lower Your Taxes Now and in Retirement

With government spending at unprecedented levels, one does not have to be an expert as to where taxes are going in the future. History also serves as an indicator to support higher future taxes.

From the end of World War II until 1961, the highest tax rate in the US was just over 90%. President Kennedy lowered the highest rate to 70% in 1961. During the height of the Vietnam War in 1969 taxes were raised again. They were lowered again in 1981 and finally in 1986, the highest tax rate was lowered by President Regan to just under 30%. Since 1981 they rose slightly, until the Bush tax cuts in 2001 and then again were raised until the tax cuts put into law in 2016. If you had to guess, you would be correct in your assumption that it is not a question of will taxes be increased, but when.

So, preparing for rising taxes is something we should all be concerned about. That puts most Americans in a quandary. We like our deduction today and don’t want to give that up. But we also must understand that the future income we will derive from tax deductible dollars put into tax deductible retirement plans today will be taxed tomorrow. Most likely these dollars will be taxed at a much higher rate than we are accustomed to or ever though possible.

We can’t plan on being in a lower tax bracket down the road unless we engage in what I call “failure planning”, that would mean not saving for your future.

We know the Roth IRA provides no deduction today but provides tax free income tomorrow. Converting to a Roth IRA, provides the dilemma of having to pay taxes today on the conversion. This is something most especially high wage earners are not prepared to do. Utilizing a charitable giving technique today, can negate the high taxes of a Roth conversion today. In addition, funds used to establish a Charitable giving program can revert to individuals in as little as fifteen years. If coordinated with a special life insurance contract, the money can come back to individuals in the form of tax-free retirement income. Thus, along with a Roth IRA, individuals with some planning can retire with a virtual tax-free retirement.

This is an idea, and not a suggestion for every reader to go out and implement a plan like this on their own. It should be a coordinated effort with your financial advisor, tax advisor and estate planning attorney. Your financial advisor should be the first source to see if this plan can be viable for you.

Please feel free to contact me to discuss if this is something that would be a fit for you.

The information provided here is not investment, tax or financial advice. You should consult with a licensed professional for advice concerning your specific situation.

The opinions voiced in this material are for general information only and are not intended to provide specific advice or recommendations for any individual. The economic forecasts set forth in this material may not develop as predicted and there can be no guarantee that strategies promoted will be successful.

Traditional IRA account owners have considerations to make before performing a Roth IRA conversion. These primarily include income tax consequences on the converted amount in the year of conversion, withdrawal limitations from a Roth IRA, and income limitations for future contributions to a Roth IRA. In addition, if you are required to take a required minimum distribution (RMD) in the year you convert, you must do so before converting to a Roth IRA. All information is believed to be from reliable sources; however, we make no representation as to its completeness or accuracy.