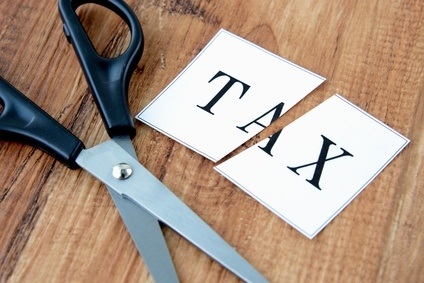 Taxes and Your Retirement

I have always stated that the biggest impediment to achieving continuing and ongoing success is how you manage taxes.

In previous blog articles I have stated a bit of history on where taxes in the country have been, and I think it bears repeating.

In 1992 taxes were raised to 31% and in 1993 they rose again to 39.6%. President George W. Bush lowered the high bracket to 35% in 2003. It remained there until President Obama raised them back to the pre-Bush rate of 39.6%. President Trump lowered them again to 37% and now we are seeing President Biden raises taxes again, the exact number is yet to be determined.

One can see that elections do have consequences for taxpayers.  In the 50’s. 60’s and 70’s there was no correlation to which party held the White House. The Eisenhower days were years of high taxes only to be cut by Kennedy/Johnson and maintained by Nixon. Today we see a trend between republican and democratic administrations. Problem is you don’t know which party will rule when you do tax planning. Which means you won’t know how much you get to keep when you cash in your retirement accounts, sell your business or sell stocks.

Most people I talk to are content that their CPA is on top of things.

High-level tax planning means using a combination of vehicles designed to create tax-deductions not only today, but in the future. It means creating various buckets of money you can tap in the future depending on the tax environment. Just putting money away in tax qualified accounts today might seem like a great idea, but what you have done is put yourself in a corner, only making yourself vulnerable to future tax increases.

In my practice as a wealth manager, my job is to control your wealth, preserve your wealth and manage your wealth. That means giving you options today and, more importantly, for your future. This might include, preparing your business for a future sale, creating a charitable giving plan and establishing various buckets of money in the future to tax, giving you the option on how income will be taxed. The results are a plan that works under any changes to the tax code. One thing we can be assured, as you can see, from where we have been, the tax codes will change.

Wayne Gretzky was asked what made him so good, and his reply was that he anticipated where the puck was going. Do you anticipate where the puck is going? Or, in this case where taxes are going.

Please feel free to contact me at michael@diversifiedinv.com on how I might be able to assist you with your future planning needs.

The information provided here is not investment, tax or financial advice. You should consult with a licensed professional for advice concerning your specific situation.

The opinions voiced in this material are for general information only and are not intended to provide specific advice or recommendations for any individual. The economic forecasts set forth in this material may not develop as predicted and there can be no guarantee that strategies promoted will be successful.

All information is believed to be from reliable sources; however, we make no representation as to its completeness or accuracy.